RapidWeaver makes it ridiculously easy to create stunning websites on your Mac. Whether you're building your very first website or your fiftieth, RapidWeaver provides you with the know-how to quickly publish websites to be proud of. No matter what you want to build - be it stunning online photo-slideshows straight from your iPhoto library, a company website or your own blog - RapidWeaver lets you do it with a minimum of fuss. RapidWeaver comes with 11 built-in page types - from blogs to sitemaps, photo albums to contact forms - so you can start work on every page in your site from the get-go. All without needing to know a line of code. Simply choose the pages you need for your project, select a theme - customising it using the included variations - and add your content. That's all there is to it.

One of the lesser-known features of Handoff in OS X Yosemite is that in addition to app-to-app Handoff, apps can also broadcast a web address for continuity in Safari (we discovered this morning in the team Slack channels that the fine folks at Strava also do this, and it's pretty sweet). Once RapidWeaver 6.0.5 has finished publishing your website address, and so long as RapidWeaver is still the active app, we use Handoff to broadcast your website address allowing you to quickly view the published site on your iPhone, iPad or any other Mac. It makes viewing your freshly-updated site as easy as swiping up on the iOS lockscreen! 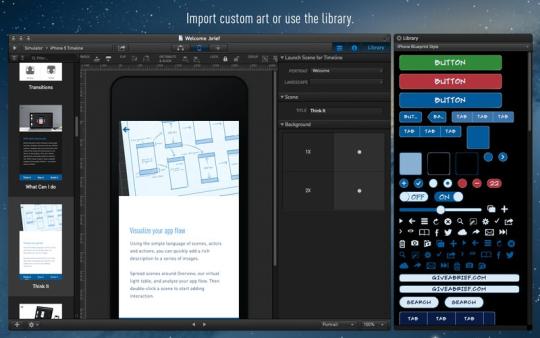 Other Software of Developer Realmac Software 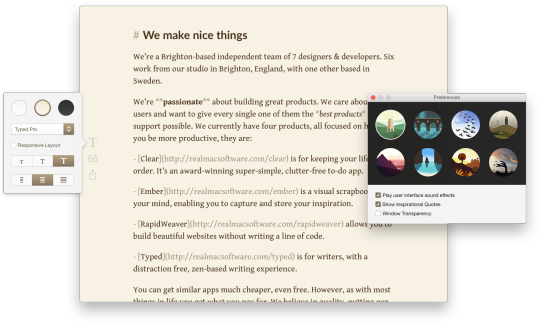