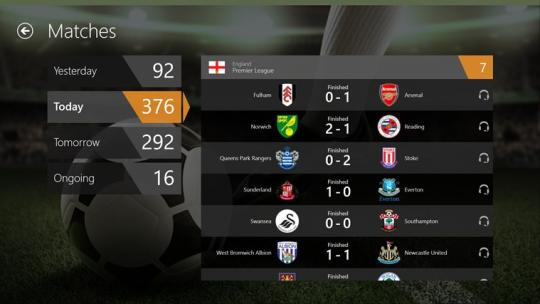 With FotMob for Windows 8 you will get an overview of all the leagues and up to date facts, lineup, and stats from the game. You can view matches by league, and see which matches offers audio commentaries. It features audio coverage in more than different 10 languages, Live scores of more than 200 leagues , top 20 in more than 10 countries on iOS/Android, and detailed match statistics. The including leagues like Premier League, SPL (Scottish Premier League), Championship, League 1 and 2, Euro 2012, Champions League, Bundesliga (1, 2, and 3), Serie A, Liga BBVA, Ligue 1, and MLS (Major League Soccer). 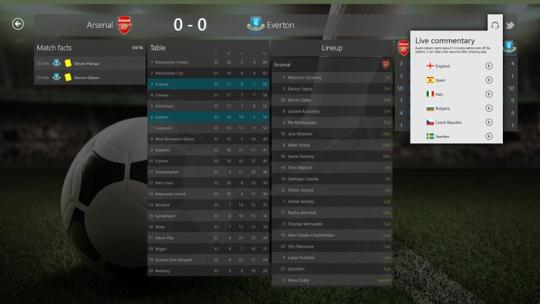 Comments to FotMob for Windows 8