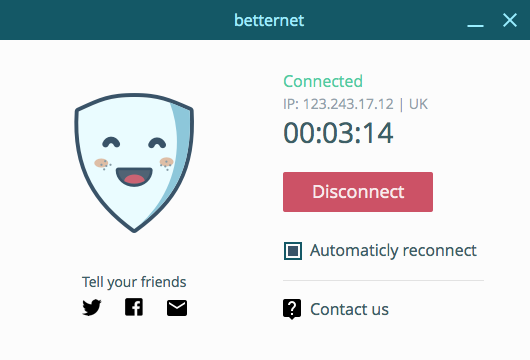 Software Details:
Version: 5.3.0.433 updated
Upload Date: 3 May 20
Developer: Betternet
Distribution Type: Freeware
Downloads: 139331
Size: 9983 Kb
Download
Betternet is a free VPN utility for Windows that help mask your identity and prevent your online activity from being tracked. Betternet is a VPN for Windows with no ads and no registration.
The distinctive features of betternet: * It's free forever. * It supports Windows 10, 8.1, 8, 7. * No credit cards needed. * No Registration or Login is needed. * No log is saved from any users. * Simple, one tap connect. * It connects you to the fastest Server. Betternet gives you access to the entire blocked websites in your country, at school or at work. You can unblock facebook, Twitter and other social networks and bypass the government censorship. Betternet lets you surf the web anonymously with no concerns about being tracked by the government or your ISP. Your IP will be changed and and nobody can track your activity on Internet. Betternet secures your device's connection while you're connected to public wifi hotspots, cellular data networks and other public locations. It works just like a free proxy but it's even more secured. Your password and your personal data is secured and you are protected from hacker attacks. is fast! It detects your location automatically and connects you to the nearest server; as a result, your connection will be much faster than other providers.

Version 5.3.0.433 may include unspecified updates, enhancements, or bug fixes.

Version 4.4.2 may include unspecified updates, enhancements, or bug fixes.

Thanks for using Betternet.

Thanks for using Betternet. 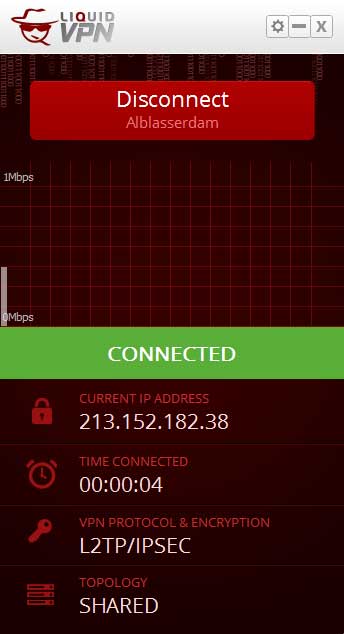 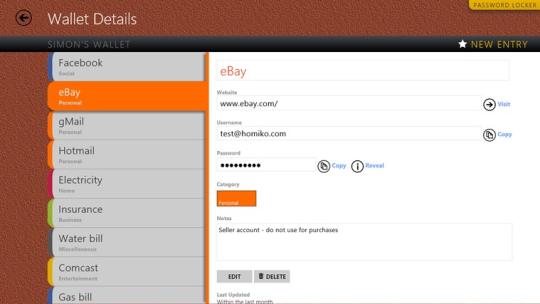