Software Details:
Version: 0.11 updated
Upload Date: 13 Aug 18
Developer: Carsten Bluem
Distribution Type: Freeware
Downloads: 48
Size: 1790 Kb
Download
Pashua ist a tool for creating native Aqua dialog windows for Perl, PHP, Tcl, Python, Ruby, Rexx and shell scripts as well as AppleScript. The GUI elements which can be used for such dialogs include text input fields, checkboxes, radiobuttons, popup menus, open panels or buttons. Moreover, it's possible to embed images or PDFs. Any data submitted from the dialog will be passed on to the calling script. To describe the dialog window, Pashua uses a very simple syntax. All the tedious details such as positioning the elements, calculating the window size etc. are handled automatically by Pashua, thus you can fully concentrate on your application.

Pashua is now Open Source, licensed under the 3-clause BSD license. You can find the source code on GitHub.
Option -e has been deprecated for some time as is now removed. If this option is used, a warning will be written to stderr, but apart from that, the option does not have any effect. Note: in some cases (notably: passing a non-UTF8 dialog configuration via stdin) this can cause an error.

Savebrowser: when default value is specified, the filename in the dialog is set accordingly
Fix combobox height issue introduced with v0.10.2

Tooltips can now be multi-line by using n for linebreaks.
Bugfix: when a dialog should be closed but stays on screen due to mandatory elements being empty, checkboxes do no longer lose their status.

- When displaying images, the pixel size is used for calculating sizes, and the image resolution is ignored
- Slightly reduced the vertical distance between UI items and their labels
- New application icon
- The command-line switch -e for setting the encoding is no longer supported and is ignored if used. (Which has been marked as deprecated since January 2014.) Pashua now expects input as UTF-8 and will output resulting values as UTF-8, but will usually be able to auto-detect, if another encoding (MacRoman, Latin1 etc.) is used. If input is in another encoding, Pashua will use the same encoding for the output.
- Mandatory UI elements can be defined by the new mandatory attribute, and a dialog cannot be closed as long as mandatory fields are empty.
- Added ability to set placeholder values (attribute placeholder) for element types combobox, openbrowser, savebrowser, textfield
- Fixed attribute tooltip attribute for types cancelbutton and defaultbutton
- Removed the number of examples that are included with Pashua. Remaining examples can now be found in GitHub repositories. 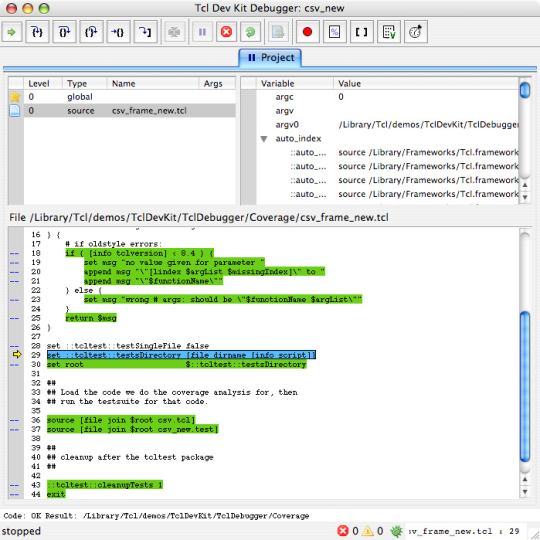 Other Software of Developer Carsten Bluem