Bugzilla is the leading open-source/free software bug tracking system, with high-profile installations at mozilla.org (250,000 entries), Gnome, Red Hat and NASA, among others. It features a comprehensive set of fields, attachment management, inter-bug dependencies, email notification of changes, a powerful query interface, reporting, and web, xml, email and console interfaces. It can be managed entirely using a web-based UI. The user UI is customisable using templates.
Bugzilla is developing rapidly, and has a strong developer and support community in its newsgroup and IRC channel.
Bugzilla also has comprehensive documentation.
Bugzilla is a server application, you must be using your Mac OS X box as a webserver to make use of it.

mod_perl now works correctly with mod_access_compat turned off on Apache 2.4. To regenerate the .htaccess files, you must first delete all existing ones in subdirectories: find . -mindepth 2 -name .htaccess -exec rm -f {} ;
You must then run checksetup.pl again to recreate them with the correct syntax. (Bug 1223790)
Emails sent by Bugzilla are now correctly encoded as UTF-8. (Bug 714724)
Strawberry Perl is now fully supported on Windows. (Bug 1089448 and bug 987742)
The XML-RPC API now works with IIS on Windows. (Bug 708252) Some queries should now be faster on PostgreSQL. (Bug 1184431)

Users whose login name is not an email address could not log in on installations which use LDAP to authenticate users. (Bug 1179160)
If a mandatory custom field was hidden, it was not possible to create a new bug or to edit existing ones. (Bug 1183398 and bug 1196969)
A user editing his login name to point to a non-existent email address could cause Bugzilla to stop working, causing a denial of service. (Bug 1194987)
Emails generated during a transaction made PostgreSQL stop working. (Bug 1186700)
Bugs containing a comment with a reference to a bug ID larger than 2^31 could not be displayed anymore using PostgreSQL. (Bug 1191937)
Emails sent by Bugzilla are now correctly encoded as UTF-8. (Bug 714724)
The date picker in the "Time Summary" page was broken. (Bug 1181649)
If Test::Taint or any other Perl module required to use the JSON-RPC API was not installed or was too old, the UI to tag comments was displayed anyway, you could tag comments, but tags were not persistent (they were lost on page reload). Now the UI to tag comments is not displayed at all until the missing Perl modules are installed and up-to-date. (Bug 1183227)
Custom fields of type INTEGER now accept negative integers. (Bug 1198659)
On Windows, the checksetup.pl installation script no longer asks for a SMTP server. It can be set after the installation is complete. (Bug 1191255)

Fixing a regression caused by bug 10902750, JSON-RPC API calls could crash in certain cases instead of displaying the proper error message. (Bug 1124716) 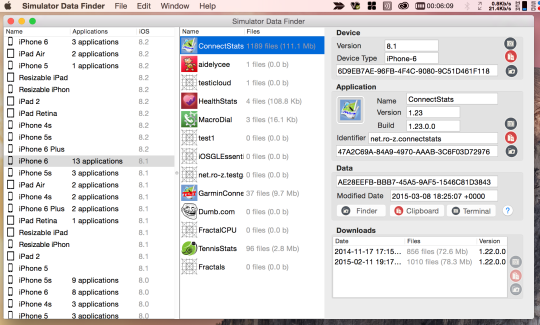