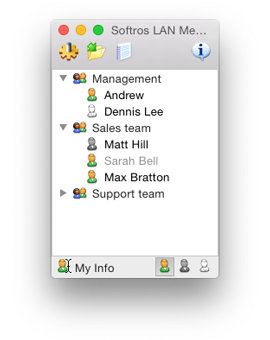 Software Details:
Version: 3.5 updated
Upload Date: 5 May 20
Developer: Softros Systems
Distribution Type: Shareware
Price: 12.95 $
Downloads: 85
Size: 2122 Kb
Download
Softros LAN Messenger for Mac is made for safe and secure intra-office communication. The focus of this Intranet Messenger is that it offers a simple to use product with many different options for communication including the following: encrypted user-to-user or user-to-group instant messaging, works only in your company network.
Our LAN Messenger comes both as conversation-like multiple user LAN chat rooms and as classic single-message exchange with the offline messaging capability. There is a drop and drag file transfer feature that allows for files and folders to be exchanged between employees. The entire system is encrypted for extra security so that no one outside the network will be able to see or understand the information that is being communicated through the Instant Messenger. The LAN Messenger is certainly a user-friendly system that offers many features which require far less in terms of IT support.

Version 3.0 adds emojis and a lot of bug fixes.

Version 2.0 adds a lot of improvements.

5 May 20 in Communication Software, Chats

Other Software of Developer Softros Systems 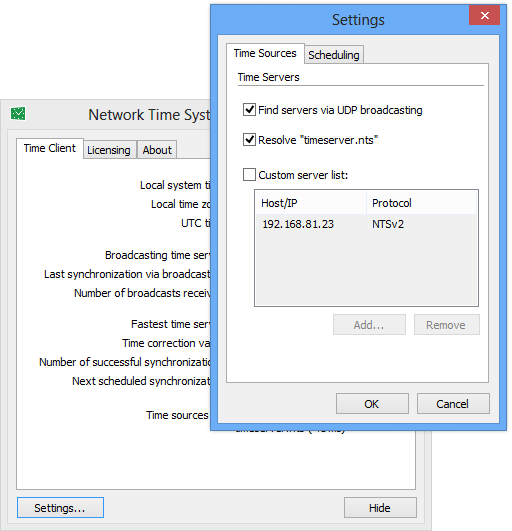