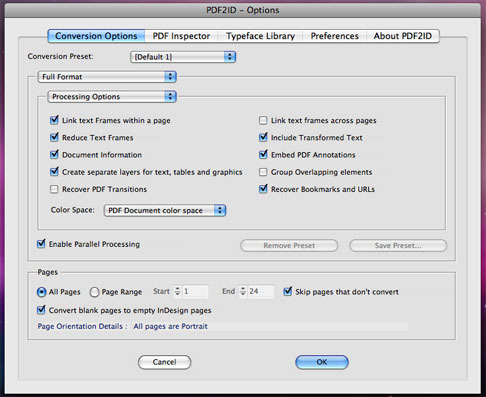 PDF2ID is a PDF document conversion tool for Adobe InDesign. PDF2ID converts PDF documents into a fully editable InDesign file recreating the intended construction and layout of the document. PDF2ID recreates the intended construction and layout of the document by forming paragraphs; applying styles; regrouping independent graphic elements; extracting images; creating tables; recovering annotations and other elements automatically. PDF2ID converts every page in a PDF file to an equivalent page in the resulting InDesign document. PDF2ID enables recovery and reuse of the contents stored in PDF documents making them available for use by anyone. Since PDF2ID is a plug-in for Adobe InDesign it is not necessary to acquire and install additional PDF editing software and tools, resulting in huge cost savings in both time and expense. PDF2ID provides detailed conversion controls such as converting the entire PDF file; extracting only text; recovering only images and annotations contained in a PDF document allowing fine-tuning the conversion process. 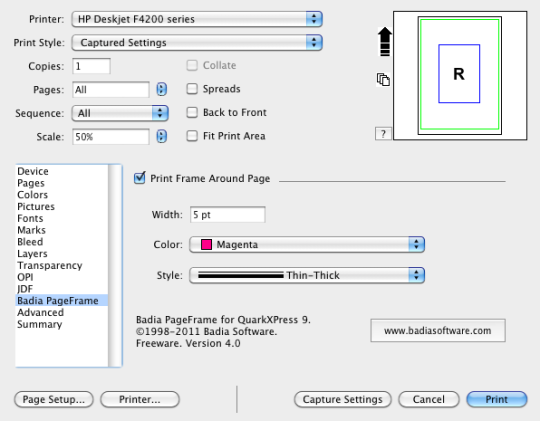 Other Software of Developer Recosoft Corporation 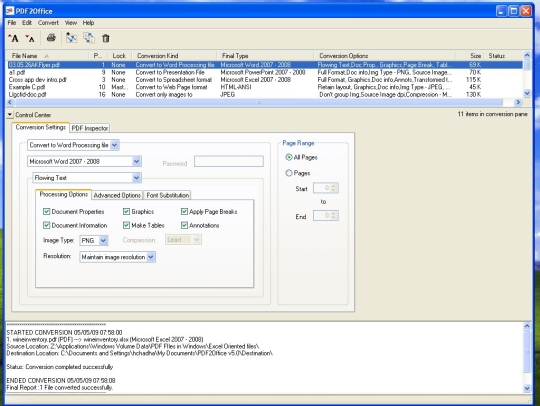