Software Details:
Version: 17.0 updated
Upload Date: 4 May 20
Developer: AKVIS
Distribution Type: Shareware
Price: 69.00 $
Downloads: 43
Size: 88430 Kb
Download
AKVIS Enhancer is an image enhancement software for revealing details on a picture. Enhancer allows detecting details from underexposed, overexposed and mid tone areas of a photo without manipulating exposure. The tool is useful in cases when a photo lacks detail. For example, when a picture has been taken with the background overexposed and consequently the foreground is hardly discernible, which is especially annoying when you take a picture of a person; or when a photo lacks dramatic effect due to vagueness of the scene. If you try to reveal details in highlighted or overshadowed areas using exposure correction (for example, Levels) you run the risk of spoiling the parts of the image that you want to leave unchanged.

The idea behind Enhancer is entirely different. AKVIS Enhancer brings out details by intensifying color transition. It means that Enhancer strengthens the difference between adjacent pixels having different color gradations and therefore allows revealing not only details in the shadow but even details in the overexposed and mid tone areas.

Earlier it was possible (and such image enhancement programs exist) to achieve the same result by manipulating with 2-4 shots of the same scene. AKVIS Enhancer does it all out of one shot thanks to the advanced algorithm of photo correction. AKVIS Enhancer is useful not only for correction of family and art photos, but can be effective as well in technical use. Publishers of technical literature can apply Enhancer to show equipment illustrations in detail; doctors can use Enhancer to increase the level of detail on roentgenograms, etc. AKVIS Enhancer is a plug-in. It works under image processing programs that support plugins. It is compatible with Adobe Photoshop, Photoshop Elements, Corel Photo-Paint, etc.

- three interface themes are now available: Gray (NEW), Light, and Dark;
- tool icons are now highlighted when selected;
- the Preview Size radio buttons in Improve Detail mode have been replaced with the slider;
- interface themes in the Preferences are now presented as color plates;
- the maximum available scale of the interface now depends on the screen resolution.
- the program interface is now available in Chinese;
- full compatibility with Photoshop CC 2018;
- added support for new RAW files in the standalone version;
- various bugs have been fixed. 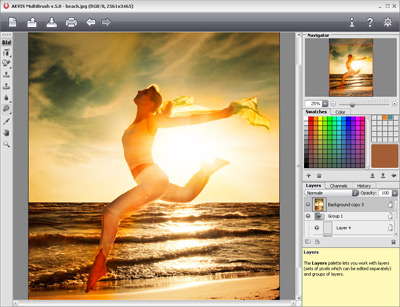 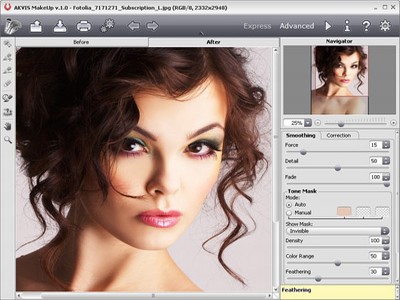