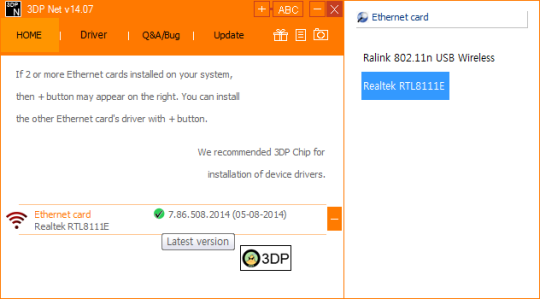 Software Details:
Version: 19.11 updated
Upload Date: 3 May 20
Developer: 3DP
Distribution Type: Freeware
Downloads: 43579
Size: 114346 Kb
Download
Ever had painful headaches searching through the web trying to find the correct drivers for your newly formatted PC? 3DP Chip and 3DP Net are extremely useful freewares that will minimize your effort and time spent in finding the drivers for your PC components. 3DP Net has the ability to automatically install the right network driver for your PC even if you reinstalled Windows and cannot connect to the internet due to the absence of appropriate driver. 3DP Net will detect which network adapter is installed on your PC and automatically choose the right driver from its integrated ethernet card driver pool that enables to use the internet with breeze. 3DP Chip is another useful program that will automatically detect and display the information on your CPU, motherboard, video card and sound card installed on your PC. You can also choose to copy these information into your clipboard with one click for later use (such as posting in a forum). If you have working internet connection, you can choose to download the latest drivers for all of these components. We recommend you to run 3DP Net first after reinstalling Windows to detect network adapter and install driver, then once you get hold of internet connection, run 3DP Chip for other component drivers.

Version 19.11 may include unspecified updates, enhancements, or bug fixes.

Bug has been fixed:

3 May 20 in Drivers, Network Drivers 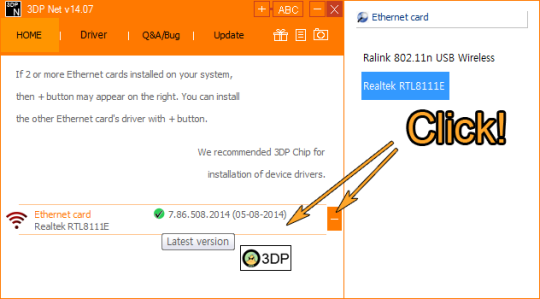 Other Software of Developer 3DP